The Healing Properties of Gemstones


The Healing Properties of Gemstones

Gemstones are not only attractive, but according to lore helpful in the treatment in a wide variety of medical conditions. Among the many popular forms of gemstone jewelry, let's look at several types of gemstones that are commonly integrated into jewelry and what their healing properties they are thought to have: 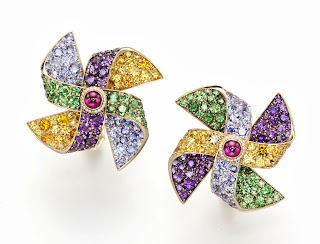 Amethyst is a purple-colored, semi-precious stone that is known as a spiritual stone and used for general healing and meditation. It's said that sleeping with a piece of amethyst beneath one's pillow promotes intuitive dreams and inspired thought.
Diamond is considered a master healer. An extremely powerful stone, it is said to remove blockages and all emotional negativity.
Emerald is a bright green precious stone said to improve intellect and memory. In addition, it's been reported to have wide ranging positive properties including relieving insomnia and acts as emotional stabilizer to assist in the release of emotionally based trauma.
Ruby is a deep red transparent gemstone and thought to increase levels of energy and divine creativity. In addition, it alleviates worries, lifts spirits, as well as improves one's confidence, intuition, spiritual wisdom, energy and courage.
Sapphire is often seen to have a calming effect on those prone to nervousness. Considered a stone of friendship and love, it attracts good influences. Sapphire has also been reported to give the wearer devotion, faith, imagination and peace of mind.
Gemstones are available in a wide range of varieties and are incorporated into many forms of jewelry including gemstone earrings, necklaces and rings. An attractive alternative to more traditional forms of jewelry, gemstones are not only attractive but also have a story behind them.

Posted by NY Diamond Boutique at 10:58 AM